The continuation of the Bitterwood Saga!

Dragons Gate is a new trilogy currently in the works following up on the characters and concepts introduced in the Bitterwood novels. Following the human rebellion, the civilizations of both dragons and men are in turmoil and leaders on both sides struggle to impose order on lawless anarchy.

But while the danger within the former kingdom on Albekizan is greater than ever, something even more terrifying threatens the world. There's a reason the Haunted Mountains were placed off limits by the Goddess. In the ruins of a lost human civilization there's a gateway to a land of monsters. Now that this gate has been opened, neither man or dragon can consider themselves safe from the dark doom that comes through the Dragons Gate.

Leading up to the new trilogy, James Maxey will be releasing a series of short works collectively called Dragons Gate: Preludes and Omens. These stories will be made available free to subscribers to his email newsletter, which you can sign up for here.

The first novelette in this series, Hunted, follows the skydragons Graxen and Nadala as they try to survive in the Haunted Mountains following their banishment from the Nest at the end of DragonForge. 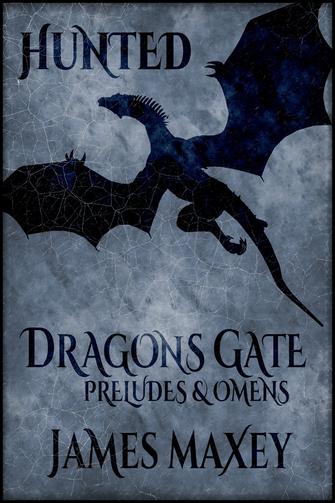