Grab your copy from Amazon!

In the final pages of Nobody Gets the Girl, two supervillains have eluded capture. One turns to the other and says, "Next time, let's just rob some banks." Burn Baby Burn tells that story, a modern day Bonnie and Clyde thriller that provides the framework for a dark and dangerous romance.

Sundancer is a militant radical who channels the heat and light of the sun, capable of melting steel and vaporizing anyone who stands in her way. Pit Geek is seemingly immortal, able to survive any injury, but haunted by fragmented memories. Together, these supervillains launch a crime spree bold enough to threaten the world’s economy. To stop them, the government authorizes a new band of superheroes known as the Covenant to hunt down the menaces. Sundancer and Pit must learn to rely on one another as never before if they’re to escape the heroes that hound them. When they finally run out of places to hide, can mankind survive the conflagration when Sundancer unleashes the full force of her solar powers?

Nobody Gets the Girl 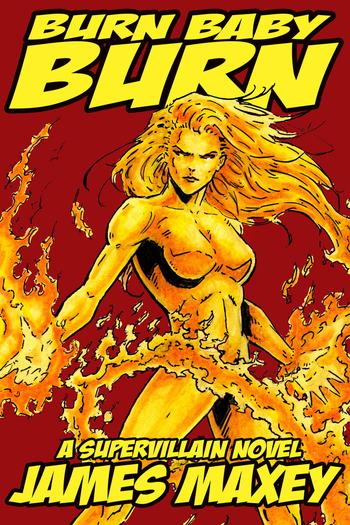