I've arguably read way too many comic books. In college, while I should have been studying War and Peace, I was sneaking down to my local comic book shop to grab the latest issue of Justice League. But, while there have been notable exceptions like Watchmen, comic books don't always delve terribly deeply into the inner lives of their heroes. Worse, Marvel and DC have a frustrating habit of just resetting characters and their histories, so that no real character choice can ever have a lasting or meaningful impact in the long term. My novels treat my characters as fully fleshed out people whose actions have real consequences.

My career kicked off in 2003 with the publication of Nobody Gets the Girl: A Superhero Novel. I went on to write Burn Baby Burn: A Supervillain Novel, and Covenant: A Superteam Novel. The last two novels build on the events of the novels that proceed them, but I approach all three books as stand alone works that can be read independently of the others. The stories unfold in a world where superheroes are relatively rare, and focus on problems not easily solved by punching someone on the jaw. There is a good deal of humor, but the overall tone of the novels are serious.

The Lawless novels take place in a universe where superheroes are common, where supervillains are busy building robot armies and death rays, and where aliens invade every other month. The books are full of over the top action and humor, but still keep a focus on rounding out the core characters as they try to make sense of their crazy lives. The stories flow from book to book, with a core plot central to each novel, but subplots that unfold over the course of multiple books. The world is designed to be open, with the potential for dozens of novel length tales.

In this world, the primary team of superheroes is the Lawful Legion. They are highly respected, highly competent heroes sanction by the government. But there are people with powers who don't quite make the cut to join the legion, people who's powers are too strange or dangerous. Lawless focuses on these outsiders as they struggle to find the heroes inside them. The current books in the series are: Cut Up Girl,Big Ape, and Victory. 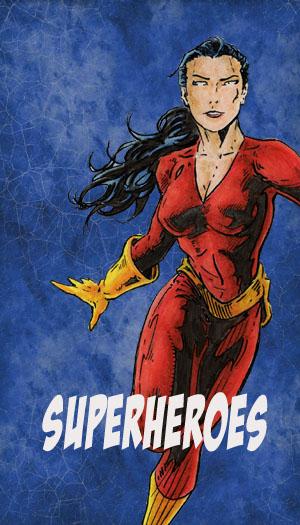