To date, I've written nine dragon novels set in two different fictional universes, both with their own unique tones and themes. Click on individual titles for more info.

My Bitterwood novels are actually post-apocalyptic science fiction, set 1000 years in our future after genetically engineered dragons have taken over the world. Their tone is mostly serious, as humans enslaved by the dragons band together to overthrow their dragon overlords. Despite the fact that dragons are, as a group, the oppressors of mankind, the series is noteworthy for treating the dragons as equal characters with their own personalities, values, and goals. There will be dragon characters you root for, and human characters you root for, and the tension is greatest when these characters come into conflict.

The core Bitterwood trilogy consists of the novels Bitterwood, Dragonforge, and Dragonseed. There is also a prequel novel, Dawn of Dragons, that can be read independently. All four novels are collected in Bitterwood: The Complete Collection.

Set in the same world as the original Bitterwood saga, the new Dragonsgate series launches characters from the previous books into a fresh adventure! Graxen and Nadala are sky-dragons exiled to the land beyond the Haunted Mountains. Nadala is too pregnant to fly, so they take refuge in a cave overlooking a valley that turns out to be occupied by prehistoric reptiles a lot bigger and toothier than dragons. Just when things can't get any worse, the infamous dragon slayer Bitterwood arrives in the valley as well, on a quest to recover lost relics from the Human Age. It's dungeons, dragons, and dinosaurs in an over the top action epic! Dragongate: Devils, the first book of the trilogy, is now available!

My Dragon Apocalypse novels take place in a magical universe that pays homage to my many years playing D&D. It's heavy on sword and sorcery adventure, and presented with a liberal dose of humor, though I try to avoid outright parody of the genre. It's meant to recreate the fun of getting together a band of friends with magic swords to go into a dungeon, fight a dragon, and take his stuff. Of course, these dragons are elemental beings of god-like power who don't appreciate the rude treatment at the hands of adventurers, so they unite to destroy mankind utterly, which explains the series title.

The Dragon Apocalypse onfolds over four novels, Greatshadow, Hush, Witchbreaker, and Cinder. All four novels are collected in Dragon Apocalypse: The Complete Collection. I do intend to return to this universe eventually for a series of books about a young squire serving a knight, but the release date for these books isn't yet known. 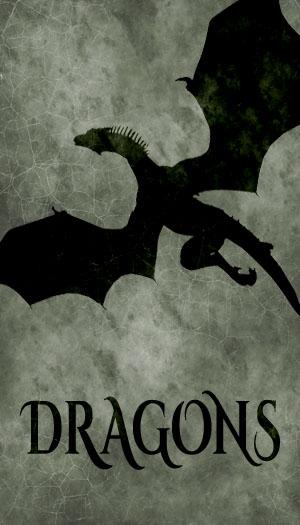