It's the end of the world! The mysterious witch known as the Black Swan has used her magic to travel back in time after witnessing the all-powerful primal dragons band together to destroy mankind. Manipulating the world's most powerful warriors like pawns on a chessboard, can she stave off the coming doom, or will her actions serve as the trigger for the Dragon Apocalypse?

DRAGON APOCALYPSE: THE COMPLETE COLLECTION, gathers all four novels of the critically acclaimed series by James Maxey, author of the bestselling BITTERWOOD series. It also includes the novella GREATSHADOW: ORIGINS, the story that provided the inspiration for the novels.

GREATSHADOW
Infidel is a legendary sword-for-hire, enchanted with impervious skin and the strength of ten men. When her closest companion dies, she decides to retire in style by stealing the treasure horde of the dragon Greatshadow. To do so, she joins an expedition organized by the Church of the Book, who’ve assembled a team of the world’s most dangerous mercenaries to kill the dragon. With half the rogues on the team dreaming of taking the treasure for themselves, can she survive her own companions long enough to fight the dragon?

HUSH
Infidel must travel to the frozen wastes to fulfill a promise made to a dying friend. When she stumbles across a plot by the Hush, the primal dragon of cold, to murder Glorious, the dragon of the sun, will she be able to save the world from the darkness of an eternal winter?

WITCHBREAKER
Long ago, Stark Tower, the Witchbreaker, used his hell-forged sword to destroy the kingdom of the witch-queen Avaris. Now, a young woman named Sorrow is on a quest to recover all the lost secrets of witchcraft, and has tapped into the power of Rott, the primal dragon of death, for the might needed to fight her numerous enemies. In the ruins of the land once ruled by Avaris, she discovers a sleeping knight who awakens with no memory of his past, who proves to be a warrior of unmatched skills. They must work together to reach Avaris in her abode in the realms of the dead. But is Sorrow’s new ally secretly her greatest enemy, the long-vanished Witchbreaker?

CINDER
It’s the end of the world! Twenty years after the attack on Greatshadow, the primal dragon Tempest has torn down the gates of Hell, unleashing an army of the damned onto a world already in ruins from blizzards, floods, and earthquakes. Infidel’s daughter Cinder was born with the power to walk between the realms of the living and the dead. Can she rescue Sorrow and her allies from Hell in time to defend the last stronghold of mankind from the assembled dragons?

‘This one is worth reading right now.'
Orson Scott Card on Greatshadow

'Greatshadow's level 30+ adventure is charming, not po-faced, with a group of flawed, quick-witted and oddball adventurers that are equally comfortable with set-piece battle and rapid fire sarcasm.'
Pornokitsch on Greatshadow

'A magnificently entertaining romp bursting with charm.'
SFX on GreatshadowType your paragraph here. 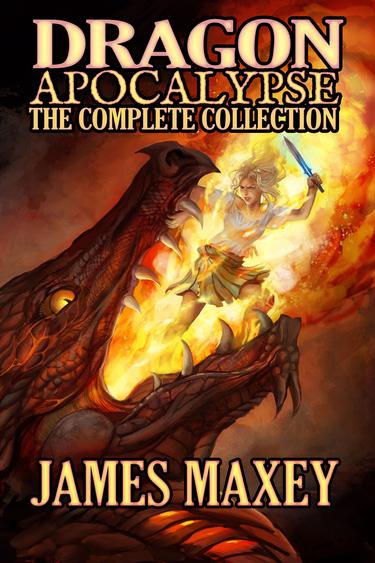 Buy on Amazon!
View on Mobile